Greece has hundreds of islands big and small, and many of these islands have a common feature: they are
a) home to some famous Greek gods, goddesses or heros with a demi-god status in Greek mythology;
b) home to key figures, thinkers and writers in the history of philosophy, arts, sciences and mathematics,
c) place of refuge for Christian Saints

For the time being, I can think of:
- Samos: the island of Pythagoras, the famous philosopher and mathematician that forumlated the Pythagorean Theorem
- Lesvos: the island on which Sappho, the Greek poetess, was born
- Kos: the founder of modern western medicine, Hippocrates, was born on the island of Kos and received his medical training at the Asklepieion of Kos (about 5km outside of present day Kos Town)
- Patmos: the island on which St. John the Apostole took refuge and wrote the last book of the Holy Bible, the Book of Revelation
- Chios: legend has it that Homer was born in the village of Volissos, Chios; some said that he had spent a considerable length of time on the island

Anyway, I was fortunate enough to visit Kos on several occasions in the past few years thanks to its proximity to the Bodrum Peninsula, Turkey and the island's strategic location as the transport hub of the Dodecaneses Islands means it is possible to travel from Kos to many different Greek islands by ferry or air. 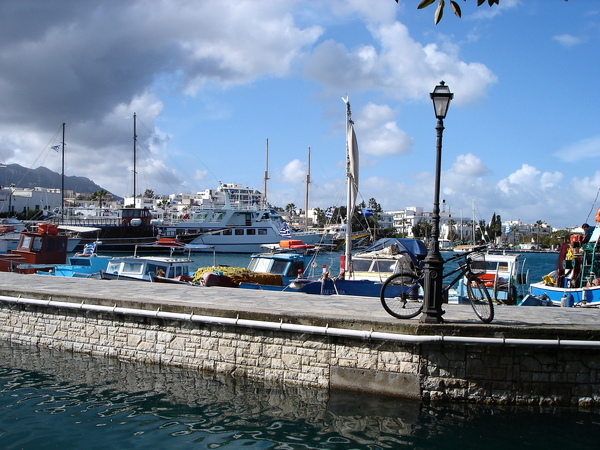 The pretty little harbour of Kos Town. The island has some of Greece's best beaches (most of which are located on the eastern half of the island). Kos and Rhodes are the only two islands of the Dodecaneses islands on which Ottoman Turkish population were allowed to settle down during centuries of Ottoman Turkish rule. 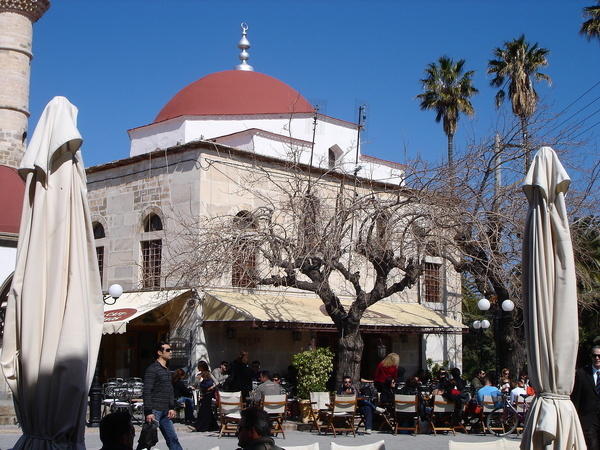 Ottoman Turkish legacy could still be seen all over the place. Here, at Kos Town's main square, buildings with distinctively Ottoman architectural style have been converted into public buildings and elegant cafes. 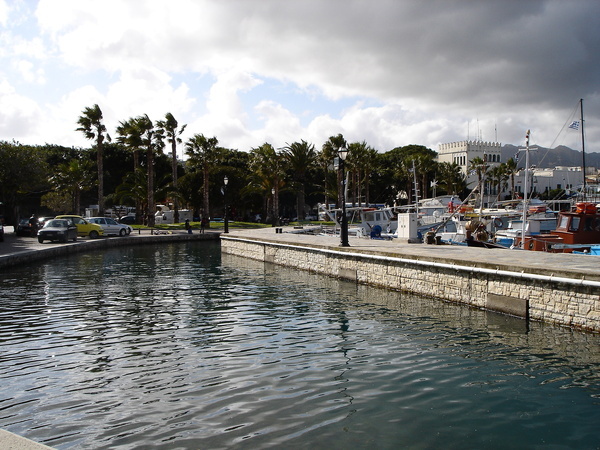 Kos Town harbour on a cloudy February morning. A small canal separate the harbour and the seaside pedestrian walkway. 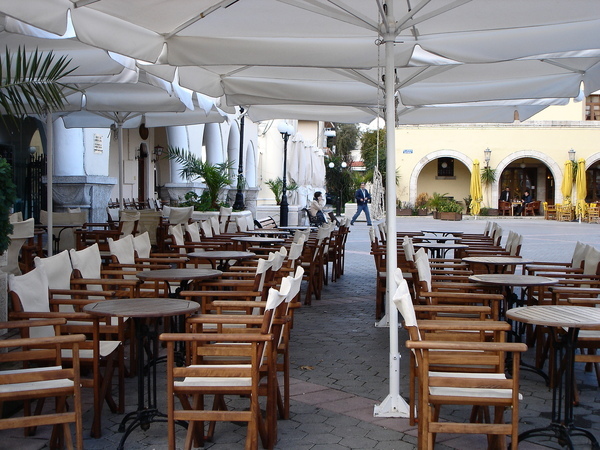 Open air cafes on the main square, Kos Town. It was still very early in the morning: by 11am, most of the seats will be filled up with locals enjoying the mild winter sun. During the summer months, cafes around the main square are busy throughout the day. The tourist season of Kos starts in the first week of May and last through October. Most of the foreign visitors come from European countries such as Holland, Belgium, Germany, UK, Sweden, Finland etc. 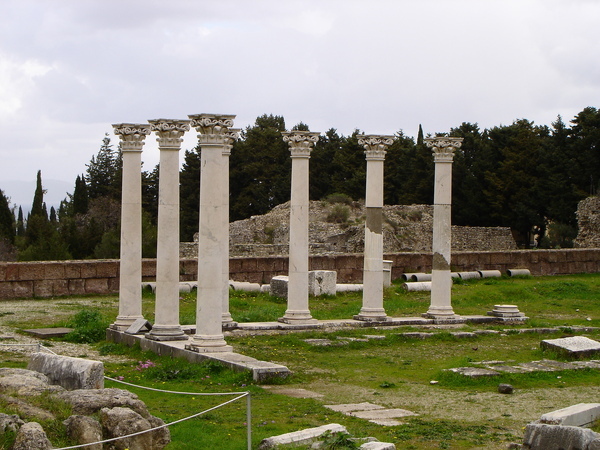 Ruins of Asklepieion, about 5km outside of Kos Town. This was where Hippocrates learnt his trade. Some columns and steps remain but you will need a lot of imagination to reconstruct how the entire complex might have looked like during Hippocrates' times. 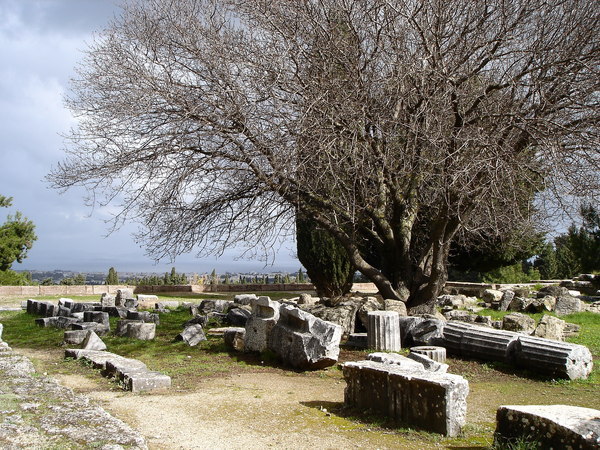 Old trees and fallen marble slabs.
Buses to Asklepieion depart from the centre of Kos Town every hour or so during winter time. In the summer months, mini-trains operate regular trips to major sights in and around Kos Town, including the Asklepieion, throughout the day. 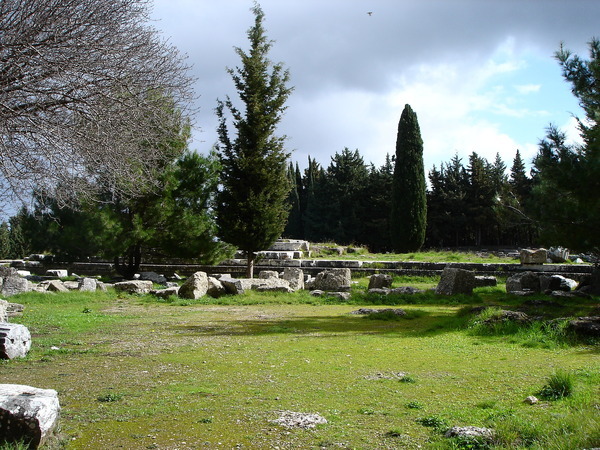 I was the only visitor to the site on that breezy February morning. 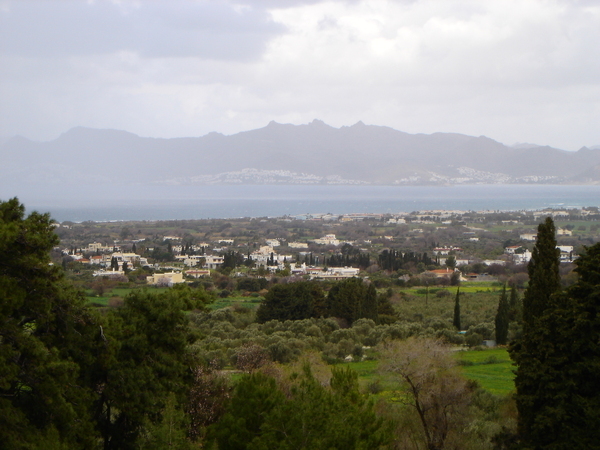 It was quite cloudy but the hills and white settlements seen in the distant background, across the stretch of water (actually it was the Aegean Sea), are parts of Bodrum Peninsula, Turkey. The width of the Aegean between the village of Aryarlar on the Bodrum Peninsula and Kos is about 5 nautical miles. Regular ferry services operate throughout the year between Bodrum, Turgutreis and Yalikavak on the Bodrum Peninsula to Kos Town. Journey time is about 45 minutes (Turgutreis - Kos) to 1 hour (Bodrum - Kos).