Malta's 4000 year old history is closely related to the centuries-long interaction between the Orient and the Occident. Located closer to Northern Africa than to Mainland Europe, the Maltese culture and language are a unique blend of everything between not just the East and the West, but also that of the North and the South. Its cross-road position at the strategic point of entry to the Eastern Mediterranean makes it a place fought over  again and again in the previous centuries by pirates and crusaders, both Muslims and Christians alike.

Today's Malta is a relatively well-developed country with some 400,000 people. Being a former British Colony, English influences are everywhere and it's much easier to find decent Indian cuisines on Malta than anywhere else in Europe outside of Great Britain. At the same time, the country's inhabitants still manage to preserve their own heritage and Maltese - a language of Arabic origin with some Turkish and southern Italian loan words and semantics - is still widely spoken by most of the population, despite the predominance of English.

I was very much impressed by this unique fusion of cultures - of North and South, East and West.  Malta is perhaps not the most beautiful country or island I have ever seen -  I have visited many more much more beautiful places in other parts of the world, but it is so uniquely cosmopolitan without being arrogant , flashy or snobbish, and you don't come across places like this very often. On Malta you get to sample delicious cuisines from all over the world - Indian, Cantonese, Italian, English, German, French, Turkish ... you name it, and get to meet people from all over the world - many of those who work at Malta's shipyards are immigrants from North Africa and sub-Saharan Africa - yet the island is not as loud or intrusive like London, Paris or New York. It retains its old world charm, and a serene feeling. 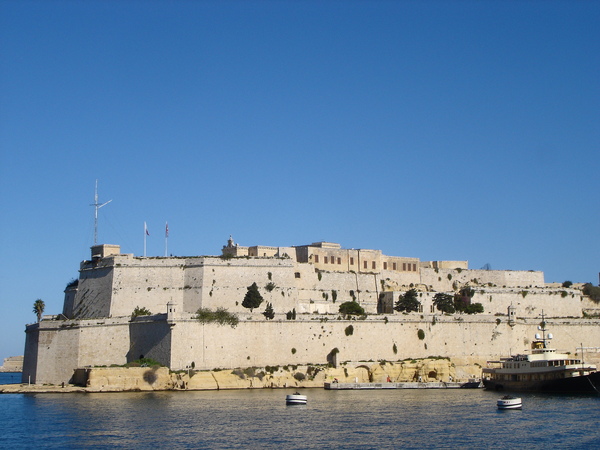 The Grand Harbour of Malta - a UNESCO World Heritage Site - with Fort St. Angelos in the picture.

Any visit to Valletta, the capital city of Malta, is incomplete without a tour on a local river boat up the various creeks of the Grand Harbour. Built by the same bunch of guys (the Order of St. John's) that ruled the island of Rhodes and built its world-famous Old Town, the Grand Harbour of Malta was the scene of a prolonged Muslim siege in the 15th century, an event which still left its marks on Maltese psyche (as well as of those who are fundamental Christians). 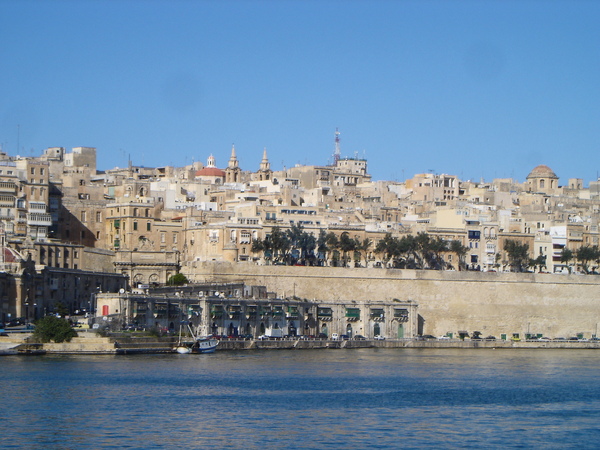 The Old Town of Valletta seen from the Grand Harbour side.